Las Vegas has several nicknames: “Sin City,” “Entertainment Capital of the World,” “City of Lights,” and “Glitter Gulch” just to name a few. Most people do not realize Benjamin “Bugsy” Siegel was the driving force behind the development of Las Vegas. Bugsy was a key financier of some of the original casinos, such as The Flamingo, which is still in operation today (opening in December 26, 1946) still going strong after 72 years. The Flamingo pays tribute to Bugsy with a bar named in his honor and a memorial in the garden of the Flamingo Hotel & Casino.

Years ago, Las Vegas was known for its inexpensive all you can eat buffets, affordable hotels, entertainment, gambling, drinking, and Livin’ la Vida Loca. Over the years, Las Vegas has transformed its image into more than just gambling, drinking, and a hot spot for getting married. Las Vegas has expanded the strip and has built some elegant hotels such as the Bellagio Hotel & Casino, where I stayed on a recent trip. The Bellagio is a beautiful hotel, which hosts numerous events and famous for its stunning fountains.  Like the Bellagio, many of the restaurants in Las Vegas focus on gourmet, high quality cuisine and as such has attracted many celebrity chefs. While in Vegas, my husband and I ate at Gordon Ramsey Burger, which boasts traditional to unique delicious burgers cooked to your liking. 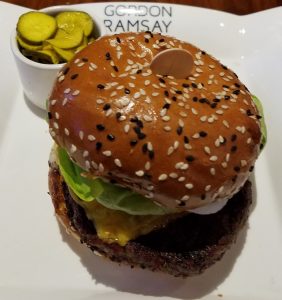 The restaurant scene is a foodie’s delight with restaurants such as Carmine’s, Mastro’s Ocean Club, and several delightful restaurants at Bellagio. Carmine’s is an Italian style restaurant located in multiple locations across the country. Carmine’s has an array of appetizers, pasta, entrees, desserts, and beverages. The food at Carmine’s is wonderful and the portions are healthy. Mastro’s Ocean Club has several locations featuring prime steaks and fresh seafood. While dining at Mastro’s, my husband and I enjoyed beautiful shellfish in an iced seafood tower. For my entrée, enjoyed a delectable bone-in ribeye steak with garlic mashed potatoes, broccoli, asparagus, and creamed corn. For dessert, I had a small piece of warm butter cake with ice-cream, cheese cake, and chocolate pudding cake. One of my favorite places to eat breakfast was Bellagio’s Patisserie, a sweet wonderland, which creates some of the tastiest crepes. 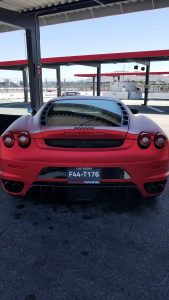 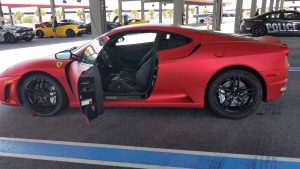 One of the activities I enjoyed in Las Vegas, is the Supercar Driving Experience at the Las Vegas Motor Speedway. At the Motor Speedway, I had the opportunity to get behind the wheel of one of the world’s fastest and powerful supercars, and travel around the 1.2-mile track for five laps reaching speeds of more than 100 miles per hour. There are an array of cars such as Lamborghinis, Ferraris, Porsches, BMWs, Chargers, Acura NSX, etc. I drove the second fastest car the Acura NSX with a hybrid 3.5 L V6 engine, 573 hp, 476lb of torque, weighing 3,803 lbs., 9 speed paddle shift, 0 – 60 mph in 2.7 seconds, with a top speed of 190 mph. The only other car faster than the Acura NSX was the Lamborghini Aventador S with 729 hp, 6.5 L V12 engine, 0 – 60 mph in 2.6 seconds with an MSRP of $417, 650.

Las Vegas is definitely an adult playground full of glitz, glamour, and sin. Now that marijuana has been legalized in Nevada it has added another layer onto the phrase party like a rock star. Even though Las Vegas has coined the phrase, “What Happens in Vegas Stays in Vegas,” just be careful there is a lot of everything to get into. When making reservations for airfare, hotel rates, transfers, and activities visit https://discover.ketourtravel.com. Check out some of the current promotions going on to save on your travels.