The cocoa tree is believed to have originated millions of years ago in South America. In fact, the modern word “cacao” is derived from “kakaw” and is of Olmec origin and the first recorded use of the term was in 400 BC. According to historians, they believe the Olmecs were the first people to consume chocolate. Chocolate was originally used as a bitter beverage, roasted and ground into a paste and mixed with water, vanilla, honey, chili peppers and other spices to consume during ceremonial events such as births, marriages, funerals, and entrance into puberty.

Chocolate today is a $100 billion-dollar industry with Mars Inc, Mondelez International, and Nestle are the leading three chocolate firms in the world. Worldwide an estimated 7.2 million metric tons of chocolate is consumed every year. In West Africa (countries such as Ivory Coast, Ghana, Nigeria, and Cameroon account for 75% of the world’s cocoa market but get only 2% of the total industry revenue. 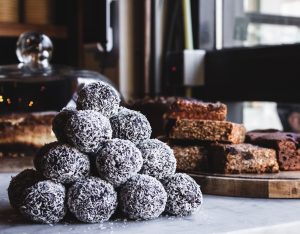 Europeans account for nearly half of all the chocolate the world eats. The average person eating about 24 pounds of chocolate per year.

Is the chocolate industry sustainable? The chocolate industry needs eliminate human rights issues such as child and slave labor. Giving a fair share of proceeds directly to the growers and produce cocoa without destroying rainforests. If you have any stories about cocoa production, please share in the comments section below.