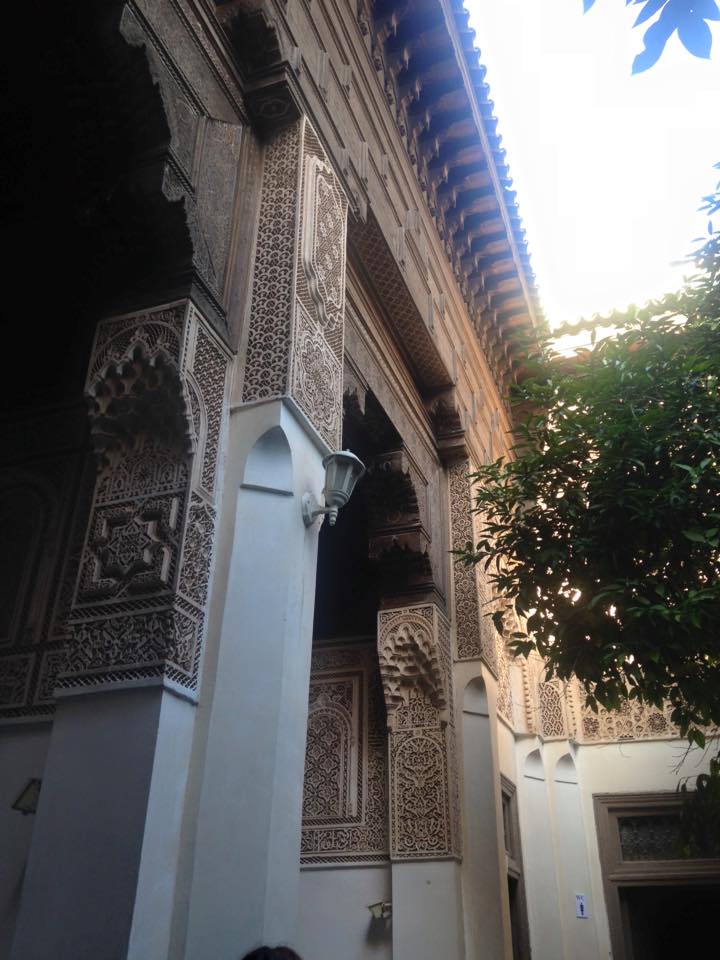 Morocco is a country in northern Africa about the size of California that borders the Atlantic Ocean and the Mediterranean Sea. The official name is: The Kingdom of Morocco, with a population of 33 million people who speak the two official languages of Arabic and Berber.

Morocco has many cities like Marrakech, Fez, Tangier, and Casablanca (the largest city), and Rabat (the capital city).  The Moroccan city with the nickname of “Red City” is Marrakech, due to the red Kasbah wall surrounding the medina. Many people may be familiar with the name Casablanca, due to the movie Casablanca starring Humphrey Bogart and Ingrid Bergman. Unfortunately, Casablanca was not filmed in Morocco rather in a studio in Los Angeles. 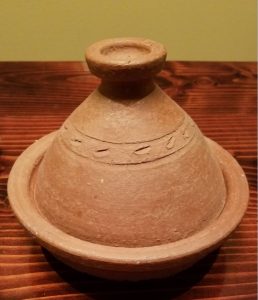 Many dishes are made in a cooking pot with a conical top called a tajine. A traditional tajine is made of clay and is sometimes painted or glazed. It is comprised of two pieces:  a flat circular base with low sides and a cone shaped cover that rests on the base during cooking. Typically, a tajine is used over hot charcoal, however, it can be used in the oven or a gas/electric stove top.

There are plenty of things to do in Morocco, such as shopping at the different markets to buy pretty much anything and everything, taking photos of the Koutoubia Mosque and Minaret (non- Muslims are not allowed inside), experience a hamman (bathhouse) where you can take part in traditional bathing and cleansing. The hamman begins with an extra hot steam room to open your pores; next you are lathered in black soap and scrubbed with a kessa glove to remove dead skin; finally, you are immersed in a cold-water bath or by bucket. 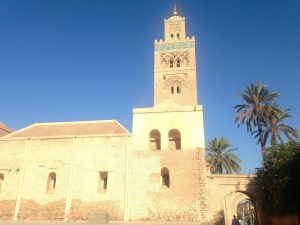 Bahia Palace is a nineteenth century palace and one of the main tourist attractions in Morocco, the  Atlas Mountains are great for trekking and climbing with a tour guide, you may visit the site of the Garden of Hesperides in Larache, Morocco (a mythical garden that once few the golden apples of wisdom is said to have existed in this ancient city), Imsouane a remote community where surfers come to La Catedrale and La Bay to catch some of the longest waves in Morocco. Near La Catedral, there are small fishing villages where fresh fish is sold at the market.

Here are some tips while in Morocco:

Morocco is an enchanting place with its beautiful cities and palm trees. People are very friendly and very helpful. Take the time to learn more about Morocco and all it has to offer. Visit Ketour Travel’s website (https://ketourtravel.com) read the blogs and updates on current and future trips. Do not forget to subscribe to the newsletter, follow Ketour on our YouTube channel, Facebook page, Twitter, Pinterest, and Instagram.