One of the Most Spectacular Natural Events on Earth: The Great Migration 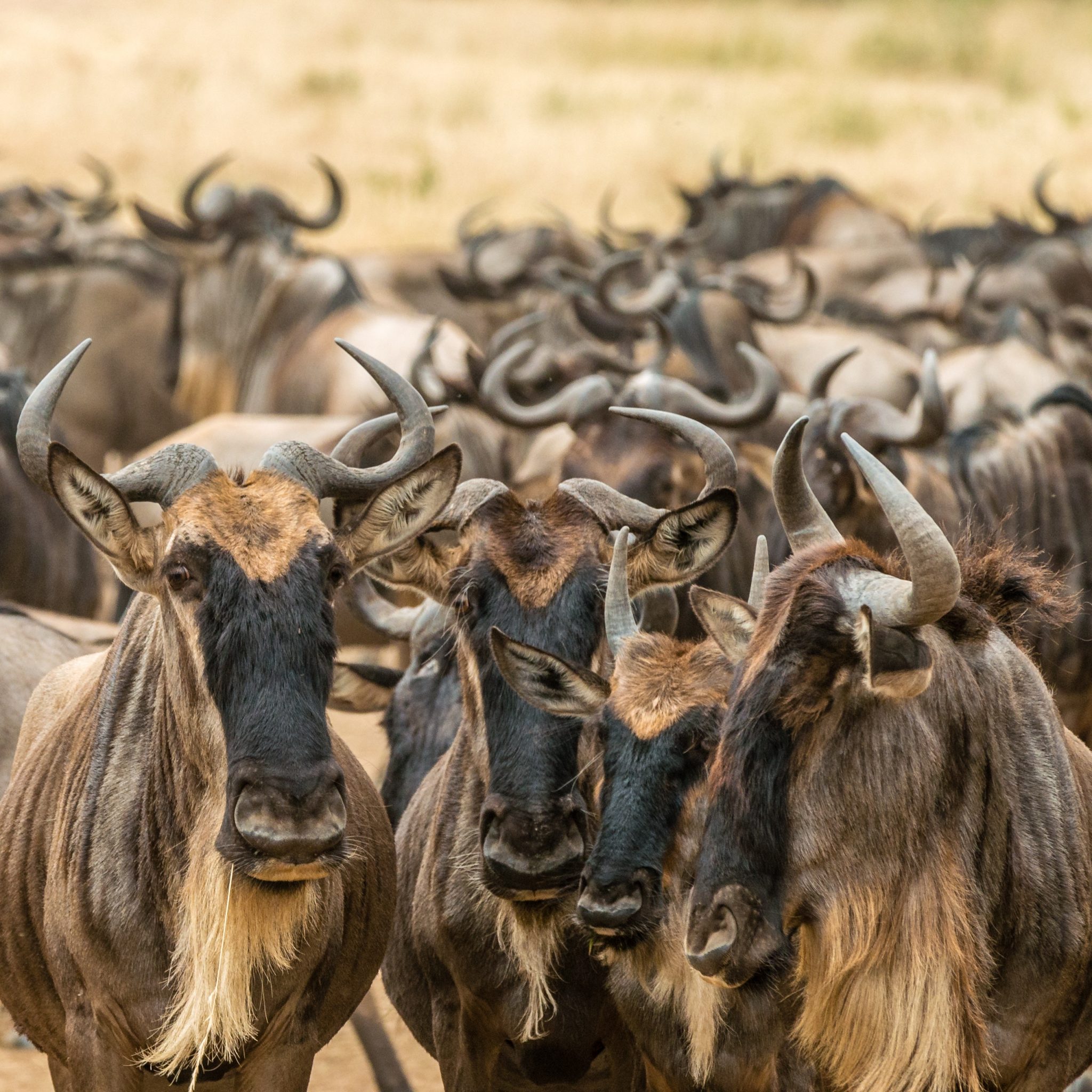 Imagine, hearing the thundering roar of approximately 2 million animals as they make their journey from the plains of the Serengeti in Tanzania to the grasslands of the Masai Mara in Kenya. This entire event is spurred by the sweet smell of rain in the air and the natural urge to seek green lush grass on which to graze. 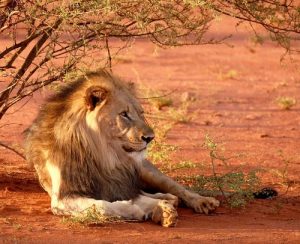 The migration begins in December when the herds assemble in northern Tanzania. January through March is calving season and an excellent opportunity to view the birth of new babies. During this time the herds do not move much, as approximately 500,000 wildebeest are born. Predators are watching, as these newborns tend to be easy prey for animals like lions, leopards, cheetahs, hyenas, and wild dogs.

By the time May approaches, the calves can move faster are eating less and therefore can cover move ground. June is typically when the herds cross the Grumeti River but is reliant on the water level. As the dry season approaches, the herds begin covering more ground in search of water and greener grass. This leads the herds to cross or attempt to cross the crocodile infested water of the Mara River. 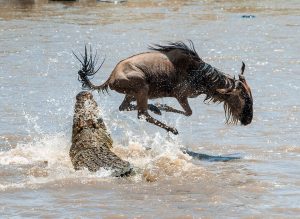 Crocodiles lie and wait for the opportunity to capture in their large strong jaws, one of the many animals crossing the Mara River for greener pastures. Some animals fall prey to the crocodiles; however, many succumb to disease, starvation, thirst and fatigue due to the conditions and the amount of energy they need to expend during the migration. On average during the migration, approximately 250,000 wildebeest will die during the process. The migration has a large impact on the local ecosystem, as many animals such as the lion, leopard, cheetah, hyena, wild dog, crocodile, vulture, and many other animals benefit, which inevitably is referred to as the “circle of life.”

September is brutal in the Serengeti and Masai Mara as the mercury rises, but by this time most of the herds are in the Masai Mara area eating lush green grass. As the weather turns cooler in October and November, the herds move into the Serengeti where there is an abundant water source.

One of the most spectacular natural events on earth occurs in Tanzania and Kenya on an annual basis. Scientists believe based upon fossil evidence, this spectacular event has been occurring for over a million years on the plains of East Africa. The Great Migration is one of those events you must see and experience for yourself. In 2020 Ketour Travel Club will offer a trip to Tanzania to see the Great Migration, visit Ketour Travel’s website (https://ketourtravel.com) for my blogs and updates on current and future trips. Do not forget to subscribe to my newsletter, follow the Ketour YouTube channel, Facebook page, Twitter, Pinterest, and Instagram.