What country am I ? 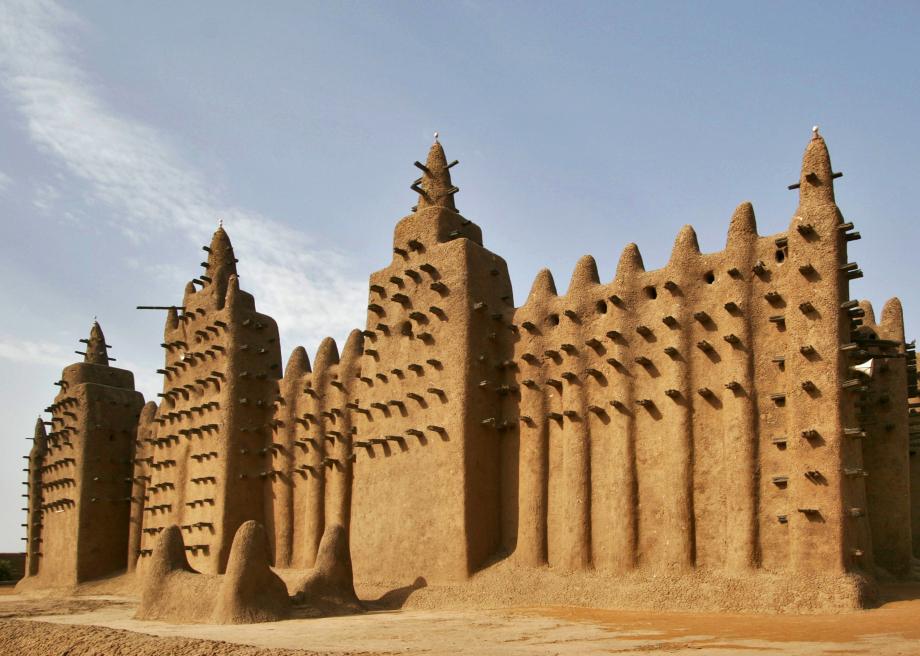 I am one of the biggest countries in Africa roughly twice the size of Texas, with 65% of me covered by desert or semi-desert. The thermal equator crosses through me making me one of the hottest countries in the world. You can literally stand in two different hemispheres at the same time, as the Prime Meridian runs through me. With a population of 18 million, 90% of the population lives in the southern part of the country.

The main exports are phosphates, salt, limestone, kaolin, uranium, granite and gold. Salt at one time was more valuable than gold and traded pound for pound. Home of a historic town and still considered an important stop for salt caravans today.

My predominant ethnic group are the Bambara, but also includes Fulani, Dogon, and Tuareg. My country was once a part of part of the three great precolonial Sudanic empires. The Dogon people are one of my countries main tourist attractions, because of their religious traditions, mask dances, wooden sculpture, and architecture.

Due to rock paintings found in two regions of my country it is believed I have been inhabited around 50,000 BC. This area at one point in time was the capital city of the Songhai empire. Many of the famous rock painting sites include Siguifiri shelters, Kita Kourou cave paintings, Andrar des Ifogha, Mogoyabougou and Mingare rock shelters and Aire Soroba.

This great mosque is one of my countries most prominent landmarks. The first mosque on this site dates back as early as 1200 and as late as 1300, however, the current building dates to 1907. The structure of the mosque is built out of sunbaked earth bricks and sand and earth-based mortar. Rodier palm sticks embedded in the walls are used for decoration. I am considered by many architects to be one of the greatest accomplishments of the Sudano-Sahelian architectural style.

Post your best guest of what country I am with my rich and scholarly history.