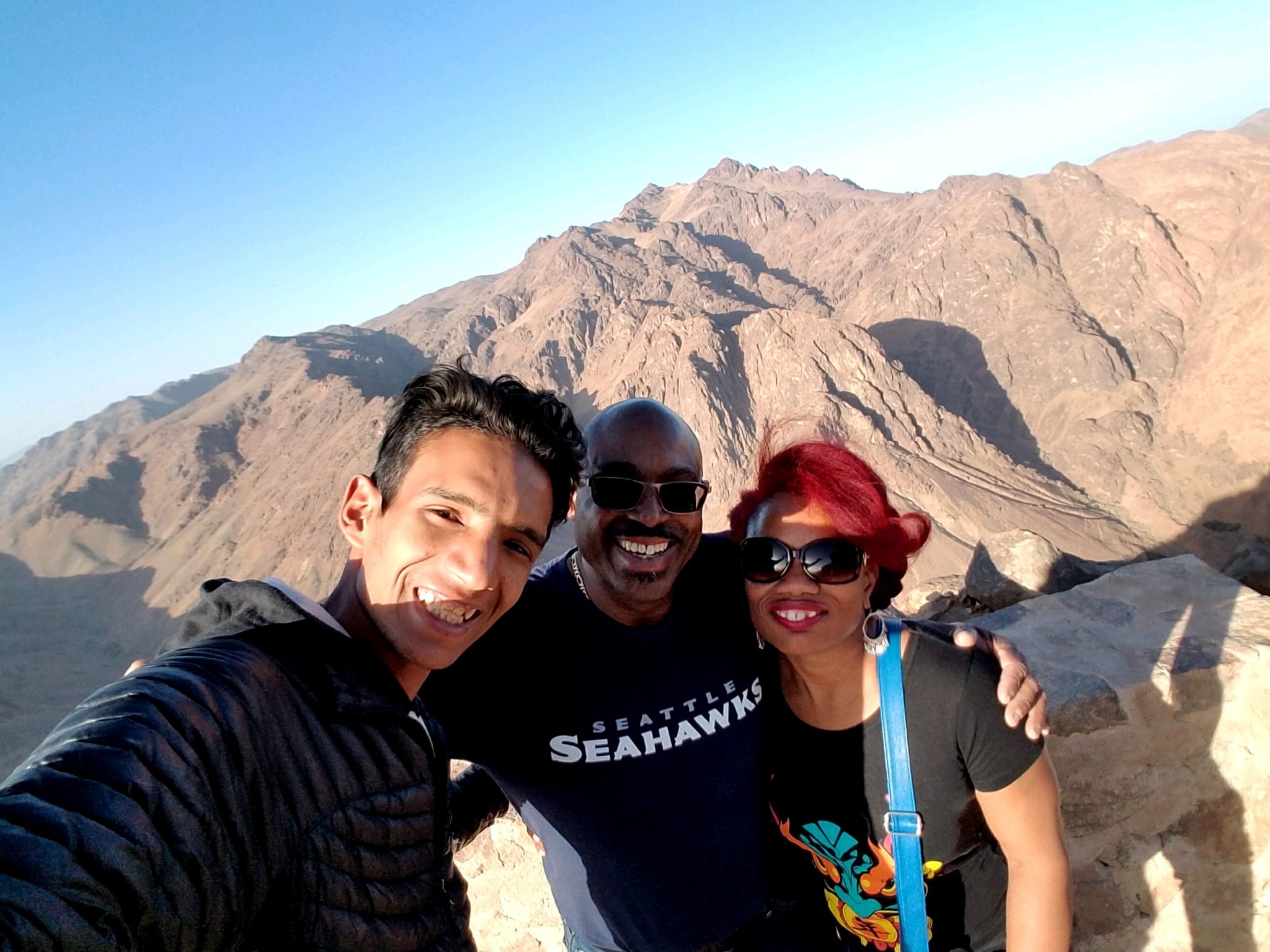 We started out at 2am in Sharm el Sheikh to begin our journey to the top of Mount Sinai. It was dark, cold, and the terrain was unfamiliar and rocky. We met our Bedouin guide who asked us whether we wanted to walk the entire 2,285 meters to the top of Mount Sinai or ride a camel. We both quickly chose riding the camel 75% of the way up the mountain.

My camel’s name was Sampson, he was an older camel who was very gentle soul. The guide gave my husband and I a flashlight but told us to never shine the light in the camel’s eye as they do not like it. It’s rather interesting how you mount a camel, typically they lay all the way down on the ground. Once you climb onto the camel, the camel will rise one leg at a time, which makes for a rocky, uneven ascent onto the camel’s feet. Camels are very tall; the vantage point is rather different than riding a horse.

We started our trek up Mount Sinai, the early morning sky was lite up with the moon and stars. There was one particular star that was extremely bright and was reminiscent of the “bright morning star” that outshines all others. The camels have a harness; however, they are very smart and know the way up the mountain. My husband was behind me on his camel, when his camel decided to bite into my cross-body
purse while riding Sampson. My camel was continued walking forward, while my husband’s camel was pulling me back, I was hemmed up, while my cross-body bag acted as a seat belt not allowing me to move. I ended up yelling at the handler to get the camel to let go, which he did. I was told the camel did not like Sampson being in front of him. The remainder of the way up the handler closely watched my husband’s camel. There is a beautiful vantage point, at which the camels can no longer make the journey. 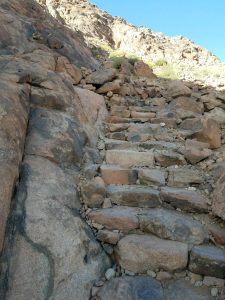 We had two options: either walk the last 750 steps to the top or ride a donkey, we chose walking. On the way up, we met several people from different countries, but we soon learned it truly is a small world. We ran into several people from the US, two from Portland, Oregon and one from Texas. It was surreal, because we had another Portland, Oregon native take a photo of us at our hotel. While walking up, we purchased rocks with fossil impressions, took many pictures and saw both the Church and Mosque located at the top. The view at the top of Mount Sinai was beautiful and awe-inspiring as we were on holy land. On the way down the mountain, we ran into a very brightly colored lizard. Once we reached the bottom we toured St. Catherine’s Monastery, which is one of the oldest working monasteries’ in the world. We saw plenty of artwork, architecture, olive trees, the burning bush (talked about in the Bible), and Moses Mountain a part of Mount Sinai is said to be the place where Moses received the Ten Commandments.

The day was a long day and ended with shopping, lunch at Ali Baba, and later that evening a flight back to Cairo. The experience was fun, enlightening, and a time I will never forget. Share with me any of your vacation stories whether fun, a little scary, or interesting interactions you may have experienced.