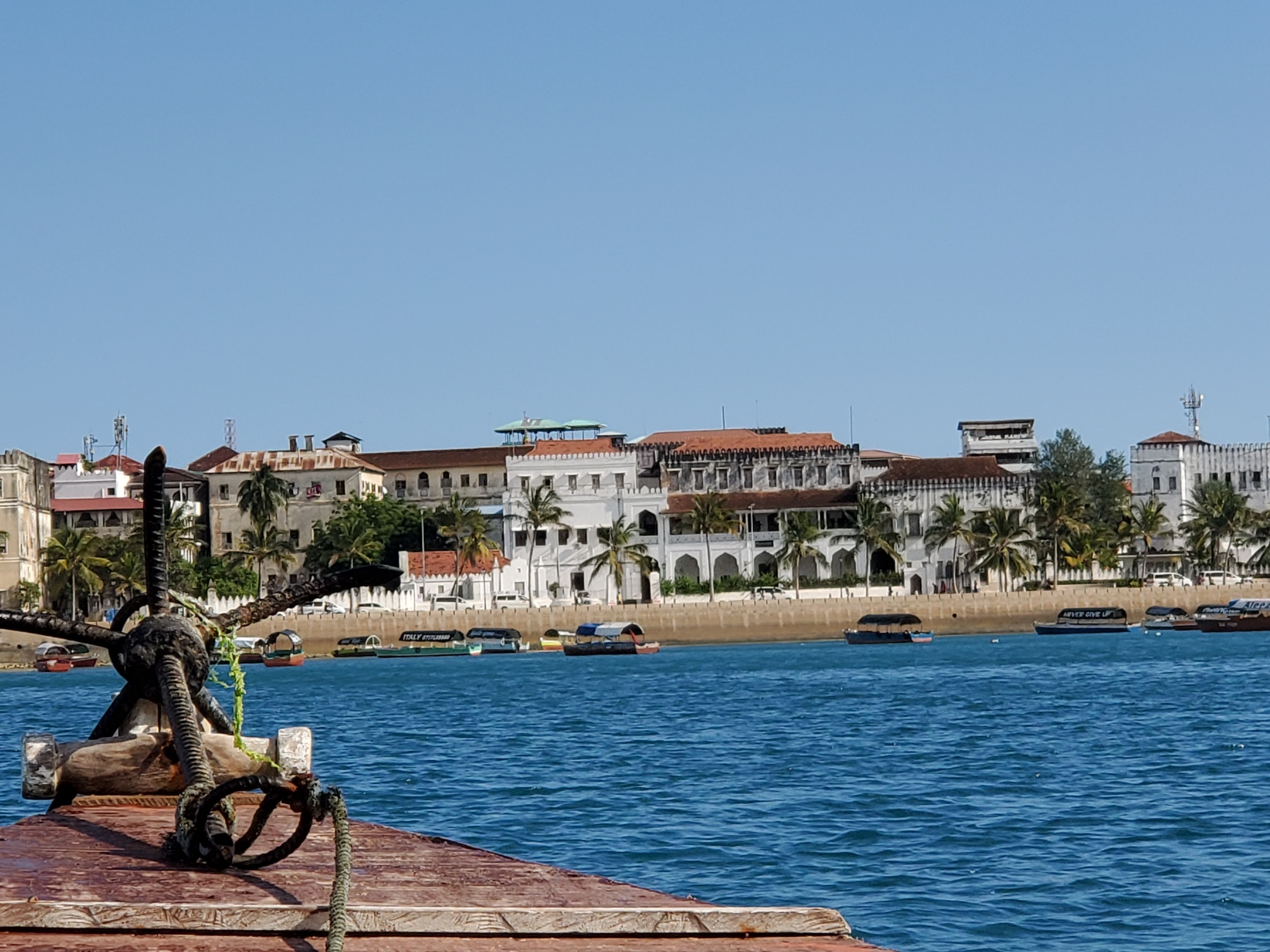 Unguja is known as Zanzibar, the main island a part of the Tanzanian archipelago. It lies on the east coast of the continent of Africa in the Indian ocean. There are many islands that make up the archipelago, but a few of the most known are Unguja, Pemba, and Changuu (aka Prison Island). The inhabitants of Zanzibar are known as Zanzibaris, and the official language is Kiswahili (or better known by some as Swahili).

One notable person born in Zanzibar was Freddie Mercury a lead singer, songwriter, and musician of the band Queen. Freddie’s family home was later turned into a museum that highlights a detailed accord of his roots, childhood and upbringing in Zanzibar, schooling in India, and his extraordinary journey to become one of the greatest stars of all time. In addition, to a museum there is a restaurant “Mercury’s Bar” that pays tribute to the late icon overlooking the Indian ocean. The restaurant has on display Queen memorabilia and regularly plays music from the late Freddie Mercury. 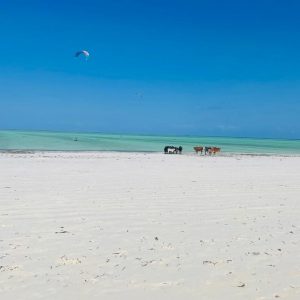 Zanzibar has some of the best beaches around with its powdery white sand beaches. With a yearly average temperature of 88 degrees, it is prime for sailing, scuba diving, kite boarding, swimming, and island hoping to name a few. Some of the most beautiful beaches in Zanzibar are Kendwa (in the northern part of Unguja) where we were recently delighted by a Seafood festival with plenty of seafood, music, vendors, and good times; Paje (on the eastern side of Unguja) where many people can be seen kite boarding; and the beaches of Chunguu (west of Stone Town). 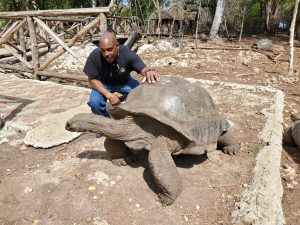 Zanzibar has its own wildlife that can be enjoyed that includes tortoises, peacocks, several primate species, dolphins, and other marine life. On Changuu island you can get up and close with the tortoises, which were originally brought from the Seychelles. You may have the opportunity to feed them and take photos with these rather large, majestic reptiles. Many of the tortoises have been on Changuu island over one hundred years and one I encountered was 196 years old. Changuu also has a fair number of peacocks that add to the beauty of the island. 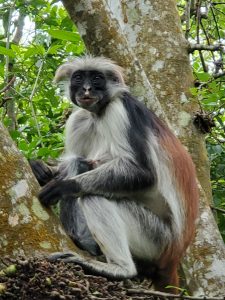 Zanzibar has many protected areas, one being the Jozani Forest where you can experience the Zanzibar red colobus monkey, black monkey, bush babies (nocturnal), and the tree hyrax (nocturnal). There are many other animals you may spot like butterflies, birds, frogs, and various species of venous and non-venous snakes. If you want to experience the” Big Five” then you will want to visit the mainland of Tanzania to see those animals. Safaris (which means trip in Kiswahili) of any kind can be easily booked from Zanzibar.

Zanzibar has its dark past with slavery with the sale of Africans in the seventh century when Islam was growing in popularity in Northern Africa. Arabs who settled in northern and eastern Africa enslaved and sold Africans to the Middle East. Enslaved peoples were required to work as field workers, guards, as well as other roles, as a result enslaved males were often castrated. Zanzibar had a reputation of being the center of the slave trade to the center of slave keeping, which produced notorious legendary slaver traders such as Tippu-Tip. It was not until 1873 that slavery was deemed illegal in Zanzibar. 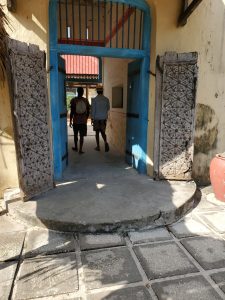 Today, the remains of the slave trade can be found by visiting Kelele square where you can walk along the alleys of Stone Town to Tippu-Tip’s house a crumbling mansion that was home to one of East Africa’s richest and most powerful slave traders. The biggest slave market was Mkunazini (in Stone Town) where slaves were brutalized before being auctioned. You may visit Dr. Livingstone’s home who campaigned for the abolishment of slavery. The Maruhubi ruins are where enslaved women entertained the Sultan of Zanzibar. The pit and the Slave Market Memorial are in the same location where enslaved peoples were gathered to be bought and sold. Another location to visit is the Mangapwani chamber where enslaved peoples were kept waiting for monsoon winded boats to pick them up and be exiled. Changuu island (aka Prison Island) is where rebellious enslaved peoples were taken in the 1860s and also functioned as a coral mine.

Today, Zanzibar is a multi-ethnic island nation mainly populated by Bantus, Arabs, Persians, Somalis, and Indian peoples. When you visit this island, you will see each and every ethnic group represented due to its history. If you plan to visit Zanzibar, Do Not make the mistake of not taking the time to learn about its history. 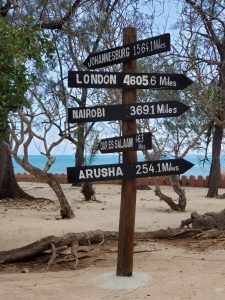 Visit Ketour Travel’s website (https://ketourtravel.com) read the blogs and updates on current and future trips. Go to https://discover.ketourtravel.com/ to purchase airfare, hotel, transfers, activities, and holiday packages. Do not forget to subscribe to the newsletter, follow Ketour on our YouTube channel, Facebook page, Twitter, Pinterest, and Instagram. When making reservations for airfare, hotel rates, transfers, and activities visit https://discover.ketourtravel.com. Check out some of the current promotions going on to save on your travels.