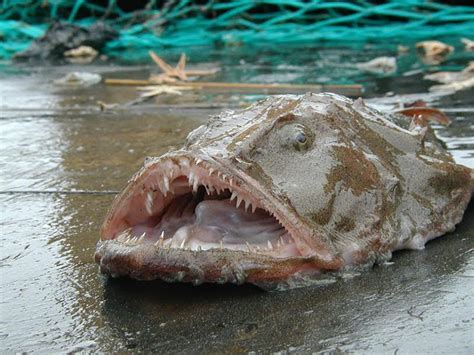 Before my tour of Goree Island, my tour guide and I sat down at restaurant Chez Poulot. Chez Poulot is situated very near the point of disembarkment of the ferry on Goree island. The restaurant has indoor and outdoor seating available, however, we ended up eating indoors due to the crowd. We go inside, are greeted by our waiter and a few other people and sit down at our seat. For starters we had battered shrimp with tomato sauce. After the starter we received our main dish (choice between fish and chicken) I chose the fish. When our food came the fish was on skewers and had been grilled and accompanied yassa onions sauce, rice, and chilies. I asked my tour guide, which type of fish I was eating and he indicated Lotte. As an avid international traveler, I check to see what other names this fish may have. I’ve learned the same species of fish can have a different name in different locales. For instance, in Mauritius I had what the locales call Dorado fish, however, in the US this fish is called Mahi-mahi. During lunch at Goree island, I at what the locals call Lotte fish, however, in the US it is referred to as Monkfish.

Monk fish I learned is a very ugly fish with a meat texture that is dense, firm and boneless (often compared to the texture of scallops or lobster meat), with a mild sweet taste.  Hence the nickname the Poor Man’s Lobster.”

The head of the Monkfish is large, broad, flat, and depressed, with the remainder of the body appears only like an addition. The wide mouth extends all around the frontal perimeter of the head, and both jaws are equipped with groups of long, pointed teeth, which are inclined inwards, and can be temporarily depressed to offer no barrier to an object sliding towards the stomach, while still preventing its escape from the mouth. The pectoral and ventral fins are so articulated as to perform the functions of feet, the fish being enabled to walk on the bottom of the sea, where it generally hides itself in the sand or amongst seaweed. All around its head and along the body, the skin bears fringed appendages resembling short fronds of seaweed. These structures, combined with the ability to change the color of the body to match its surroundings, assists the fish greatly in concealing itself in its lurking places, which are selected for their abundance of prey.

This species of fish has three long filaments sprouting from the middle of their heads; these are the detached and modified three first spines of the anterior dorsal fin. As with all anglerfish species, the longest filament is the first, which terminates in an irregular growth of flesh, the esca (also referred to as the illicium) and is movable in all directions; this modified fin ray is used as a lure to attract other fish, which the monkfish then seize with their enormous jaws, devouring them whole. Whether the prey has been attracted to the lure or not is not strictly relevant, as the action of the jaws is an automatic reflex triggered by contact with the esca.

Monkfish, like most anglerfish, are also characterized by an enormously distensible stomach, which allows an individual monkfish to fully swallow prey as large as itself. Monkfish grow to a length of more than 4.9 ft and specimens of 3.3 ft are common.

All in all, even though Monkfish are hideous, they are a great tasting fish. If you have the chance try Monkfish or some other dish you are not familiar with.