Fastest Land Animal or King of the Jungle? 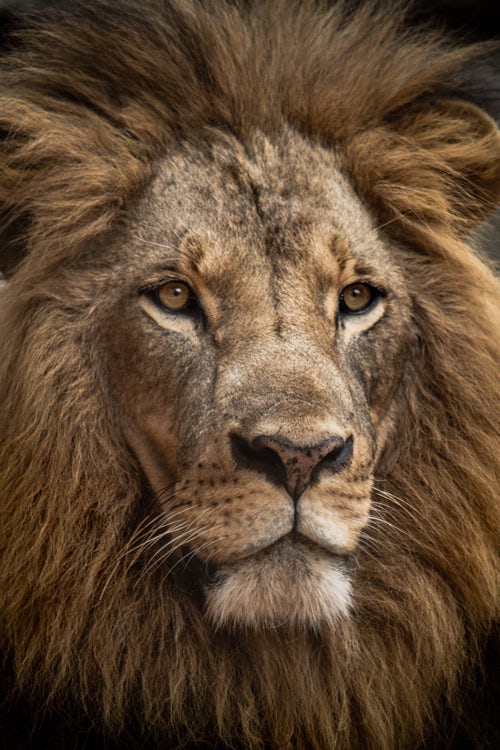 Cheetahs, the fastest land animals are found mostly in open savanna where they rely on tall grasses for camouflage when hunting. They are diurnal (more active in the day) animals and hunt mostly during the late morning or early evening. Only half of the chases, which last from 20 – 60 seconds, are successful. Cheetahs typically feast on animals such as: gazelles, wildebeest calves, impalas and smaller hoofed animals. When hunting, cheetahs knock their prey to the ground and kill their prey with a bite to the neck suffocating them. To partake of the fruits of their labor, cheetahs must eat quickly before they lose their kill to other bigger or more aggressive carnivores. Cheetahs are also typically solitary animals. While males sometimes live with a small group of brothers from the same litter, females generally raise cubs by themselves for about a year. Females usually give birth to between two to eight cubs at a time. She nurses her youngsters in a lair hidden by tall vegetation, until they are 16 to 24 months old and able look after themselves. Unlike other cats, cheetahs cannot roar. 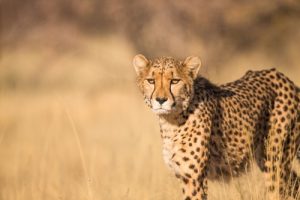 Lions eat large animals found in the grasslands, including antelopes, zebras and wildebeest. Lions are very social cats and live in groups called prides. African lion prides consist of up to three males, around a dozen females, and their young with as many as 40 members.

All females in a pride are usually related to each other because females tend to stay with the pride in which they are born. Males, on the other hand, wander off to create their own pride when they are old enough. At 3 to 4 years old, males and females are ready to mate. The female has a gestation period of around four months. She will give birth to her young away from others and hide the cubs for the first six weeks of their lives. At birth, the cubs are only around 3 lbs. They are also completely dependent on their mother.

All the females in a group of lion’s mate at the same time. After the first six weeks, the cubs are taken care of by all the females and will often nurse from females other than their mother, Females are the main hunters of the pride. They form hunting parties to round up the fast animals found in their habitat.  Lions also go toe-to-toe with animals much larger than themselves. Lions can kill animals that weigh up to 1,000 lbs. to kill their prey, lions use their powerful jaws to snap the prey’s neck or to strangle it to death. Male African lions that are trying to take over a pride will kill all the cubs to avoid competition.

Which of these magnificent animals do you prefer?